Get fresh music recommendations delivered to your inbox every Friday.

No One Came Out Last Night (11th Anniversary Edition) 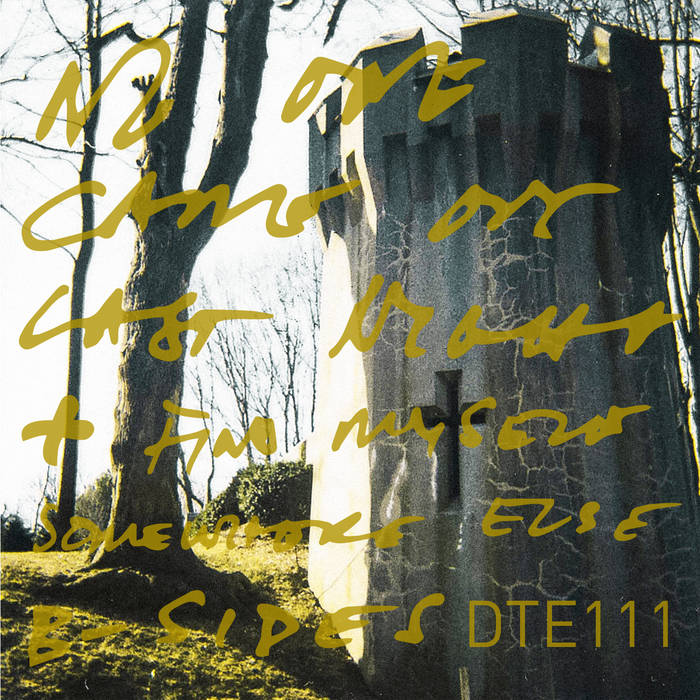 Tom Rimshot Time is just a wind blowing through, pushing the past behind you. All the moments you ever remember are interred, unreachable, with every other moment you've forgotten, building up across years like sand on a beach.

Blixtfalt This album is a masterpiece that stands outside the test of time. I bought the original and revisit it frequently. It's relationship with and dialogue between Milieu's Of the Apple is also worth exploring. Great to see this disk getting celebrated!

this will be on my videotape

Eleven years ago, David Tagg issued his first full-length album under his birthname, the surrealistically titled No One Came Out Last Night. It was, then, a collection of eight songs, instrumental and evocative drones with equally curious titles, like "God" and "The Lion's Den", packaged in an unorthodox wrapping, a jacket made out of hand-cut and glued canvas, bearing two photographs apparently taken at a cemetary or castle of some kind. This album was released at Second Sun Recordings, a label that was then only a few months old, drafted in partnership with myself (Brian Grainger), as a platform for the two of us to issue our guitar-based works in a more directly controlled way, either in collaboration with each other or apart. Since then, Tagg has put his name to dozens more albums and EPs, but one could not be faulted for feeling that the sound of No One has never been revisited or referenced in that time. For a debut album, it is singular in many senses, almost to the point that it has become an anomaly in Tagg's expanding oeuvre.

Before No One, Tagg had logged several years as a guitarist in a band that admittedly went nowhere, despite the band's dozens of live shows at bars and colleges throughout the northeastern US. In a unique method of appropriating this time spent, and recontextualizing it, Tagg extracted segments of his guitar playing from around forty tapes of band performances, from song introductions or liminal instrumental sections, and these pieces were then processed several times over on multiple generations of cassette tape, randomly sequenced and looped through every reverb unit Tagg had in his studio at that time. It was a cathartic and liberating way to compost his creative past-lives, leaving Tagg feeling purified and reincarnated on the other side of these memories, now assembled into an obituary for everything that came before. Stylistically, Tagg's presence as a guitarist was always one of being out of place, in the wrong time, with the wrong band, playing night after night to an empty house. "No one came out last night" was a phrase that was likely spoken many different times during those days, a summation of the constant failure and lack of reciprocation that nearly all musicians have to face when they first set out to perform, and so it follows that Tagg has reclaimed these souvenirs of a naive time, filled with sadness and the unshakeable hope of youth, and melted down the bitterness, to be distilled in these fifteen vessels.

When I met David in 2006, it was through a friend who told me he had enjoyed my Beyond The Sea Lies The Stars album, and it didn't take long for us to transition from talking and brainstorming to working together on music and design. Within three months of file transfers and long phone conversations, we'd already filled out a small universe of work together with three VCV albums and a number of other things on the table, or in the plans. My collaboration with David was the first time I'd understood that being in a band with someone, simply because you both listen to the same music, was a terrible idea to build a partnership on, and that the very richest of results might only come from two people who enjoyed each other's ideas, regardless of individual backgrounds. Discussing these things in our newfound Second Sun expedition was one of the key factors in David's desire, and necessity, to separate from his past works, and move on into a newer, freer era of personal exploration, and this is where and when No One took form. In many ways, it was also a single look back at terrestrial Earth, before moving onward and outward, to Jupiter, Pluto, beyond the infinite, into the cosmic mapmaking we were so possessed by in our revelations. My Earthen temple was Of The Apple, and David's mausoleum was No One, and these two albums were both the first two we released at SSR after the first three VCV recordings. Leaving This Planet, another album of David's, wouldn't be issued until 2013, but the sentiment had always been there.

So then, with recall and remembrance comes, hopefully, re-evaluation, and perhaps a little revision. When David called me last year and asked me about remastering the album and giving the outtakes the same treatment, I was both overjoyed to once again be able to share a part of this very personal document by one of my closest friends, but also a little apprehensive at the notion of disturbing the burial site. I have long championed David's recordings, and as stated previously, there has never quite been another record that sounds like No One, and through the years, my listening experiences with No One have only become deeper and more ritualistic, more holy, you could say. For me, No One remained like a totem on my shelf, unchanged and unchanging, a place that seemed to exist outside of time. A walk through a private garden on an old-world estate, populated by stone vessels to protect the dead in their passage to the afterlife, surrounded by trees that, for all I knew, were centuries old. No One was not created, or recorded, but merely glimpsed and documented. It has always existed, and it will always exist, somewhere in the blank spaces between memories. They say that someone only lives as long as the last person to remember them, and yet what we have before us now is a monument to absolutely no one - a deification of absence, emptiness and time passed. Moments missed, optimism extinguished, acceptance. The band has packed it up for the last time, and gone home, and this is the empty frame drawn around what could've been. So while David and I have both moved on with our lives, No One has remained perennial and ageless, and it was my absolute focus on this during the remastering sessions - the endlessness of it, the contentment of a single repeated moment - the sleep of the dreaming dead.

Now, in 2019, No One Came Out Last Night is finally reinstated, given new context by a remaster and given an expanded runtime with the addition of seven previously unreleased tracks from the original sessions. For anyone new to the body of work that David Tagg has carefully built up, brick by brick, across years, No One is as apt of a beginning as it ever was - a suspension of time and space, a momentary view of the endless, a welcoming of the void.

Re-Mastered by The Analog Botanist

Prayer and the Universal Mind

Bandcamp Daily  your guide to the world of Bandcamp